Editor's Note: This post was originally published on May 29, 2015 and has been updated for freshness, accuracy, and comprehensiveness. Any opinions or forecasts in this post reflect the subjective judgments and assumptions of the author as of May 2015.

Iran eagerly awaits the opportunity to escalate its oil exports. A final agreement on the country's nuclear capabilities is expected this summer: we believe that sanctions will start to be peeled back and Iran will be able to increase production. Within 12 -18 months, they will likely be producing an additional one million barrels per day. It’s also likely that Saudi Arabia, now producing well above its quota[i], will be called on by OPEC members to reduce its production in order to accommodate Iran's higher output.

I forecast oil will trade within a range of $75-85 per barrel over the long-term as our analysis indicates this range should incentivize US oil production to grow at a pace that should balance world supply and demand.

Three factors that I believe will help keep a lid on oil prices for a long time to come:

I expect that the new OPEC arrangement will put a floor on oil prices, while supply from the US and Canada will provide a ceiling. This well-supplied oil market could lead to prices higher than today’s $60 price per barrel, but well below the highs seen in recent years.

Oil from Iran: Probably not until 2016

According to the April 2015 joint statement from Iran and EU leaders, sanctions on Iran will be lifted after the International Atomic Energy Agency (IAEA) has verified the country’s compliance on reducing its nuclear footprint, which may take upwards of 12 months.

When sanctions are lifted, Iran should be able to raise exports by 250-300 thousand barrels per day within three months, with most of that increase coming from its offshore storage of about 30 million barrels[i]. Over the next 12-18 months, long-overdue investment in Iran by major global oil companies could help it raise production by about one million barrels per day, which is back to pre-sanctions levels.

All parties are in flux now

The North American shale oil boom is already allowing the US to disengage from Middle Eastern politics, suggested by the US departing from Iraq and Afghanistan and limited military intervention in the ISIS/Iraq, Libyan, Syrian and Yemeni conflicts. At $75 to $80 per barrel WTI oil prices, I believe North America can achieve oil self-sufficiency in about six to eight years. 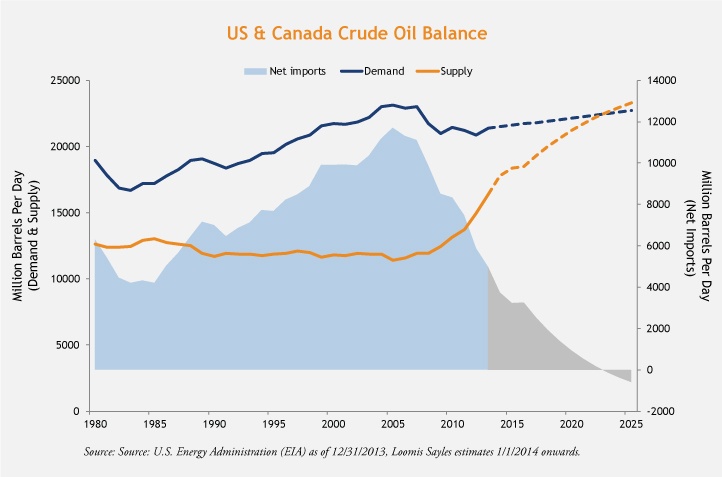 Since 2011, Saudi Arabia and the UAE have been filling in for lost Libyan and Iranian output. As Iran becomes poised to raise its production, we expect that Saudi Arabia will have to rethink its recent market share policy. Given adequate investment, the oil reserves and production potential of Iran and Iraq together could rival those of Saudi Arabia and UAE. Instead of initiating an oil production competition against Iran and Iraq, it would serve Saudi Arabia well to acquiesce and cut production instead of setting individual quotas for all OPEC members. 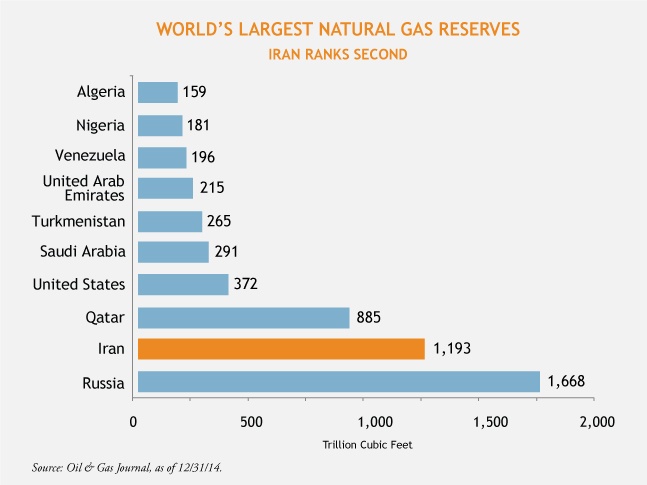 Russia is the biggest loser

Iran not only holds vast oil reserves, but also the world’s largest natural gas reserves after Russia. It also has the huge geographical advantage of being at piping distance from gas-hungry countries like China, India, and all of Europe.

We expect that a deal with Iran would advance the planned Pars pipeline (Iran-Turkey-Europe), allowing the EU to diversify its sources of natural gas away from troubled Russia. The Iran-Pakistan-India and Iran-Kazakhstan-China pipe dreams could also come true, enhancing Iran's position as the premier natural gas supplier and boosting Iranian revenues and political leverage – all at Russia’s expense. 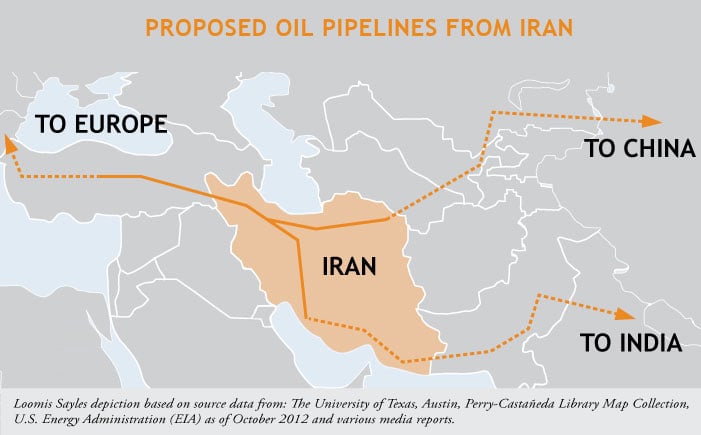 This was originally published on May 29, 2015. We have updated the content as necessary and otherwise believe the information is current and relevant.