The fact that US trade with China has declined shouldn’t be a surprise. But how bad is the damage?

According to the US international trade report for July, released September 4, US exports to China have declined at double-digit rates for the past 12 months. This is the longest sustained contraction in the last 20 years. Astonishingly, the contraction is larger than what we saw during the 2001 or the 2007-2009 recessions. In more typical conditions, a growing world economy would result in rising exports and imports. 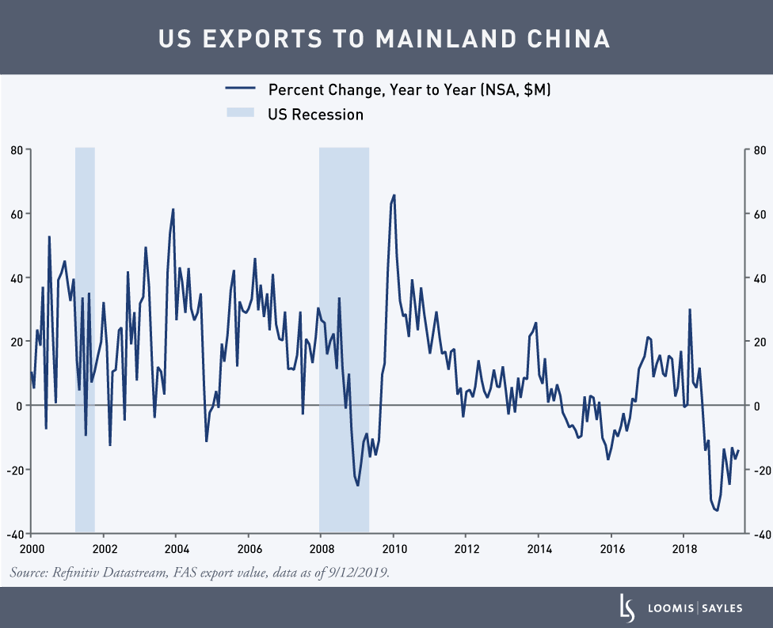 US imports from China are also looking poor. They have been sliding hard year to date, and the contraction is comparable to what we saw in the 2007-2009 recession. 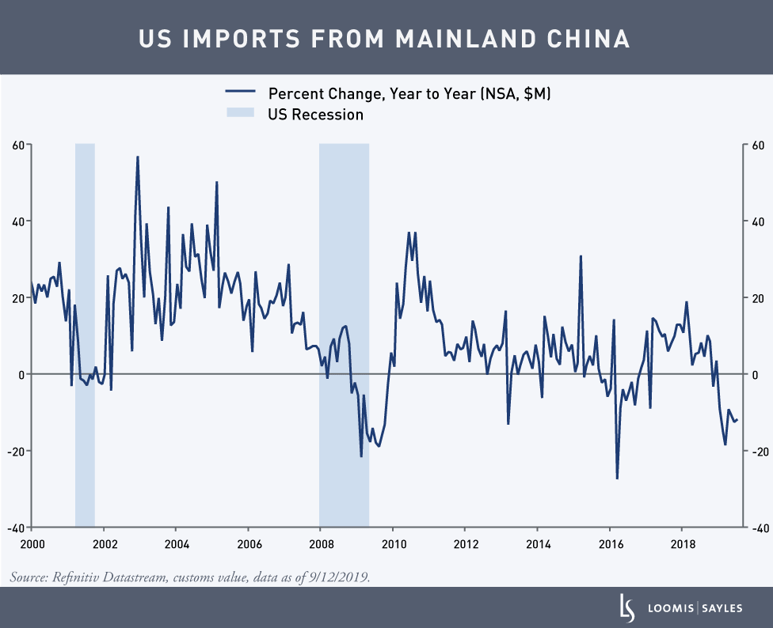 I think there can be little doubt that the escalating trade conflict between the US and China, underway for almost two years, is behind the drop in exports and imports.

As the conflict continues, I expect further damage to bilateral trade and more risk-off behavior from investors.