Don’t Cry for the Argentine Peso

The Argentine peso has depreciated by more than 40% since 2015, but I believe it is due for stabilization and could offer a carry trade opportunity with attractive risk-to-reward potential.

The devaluation started in 2015, when Mauricio Macri was elected president and enacted several austerity policies in an attempt to reform the Argentine economy, boost economic growth and open the country’s capital markets to foreign investment.

Since the 2015 election, President Macri’s reforms have included, among other things, eliminating export tariffs on agricultural products, encouraging infrastructure investment via public-private partnerships, negotiating with Argentina debt default holdouts in order to regain access to capital markets, passing a tax amnesty law to bring US dollars into the economy, liberalizing foreign exchange controls while allowing the peso to float more freely, and giving the central bank freedom to use monetary policy to bring inflation down.

There is evidence these reforms may be working.

Economic growth in the region is recovering after a period of recession following the devaluation of the currency. Industrial production is now growing at approximately 5% year over year. 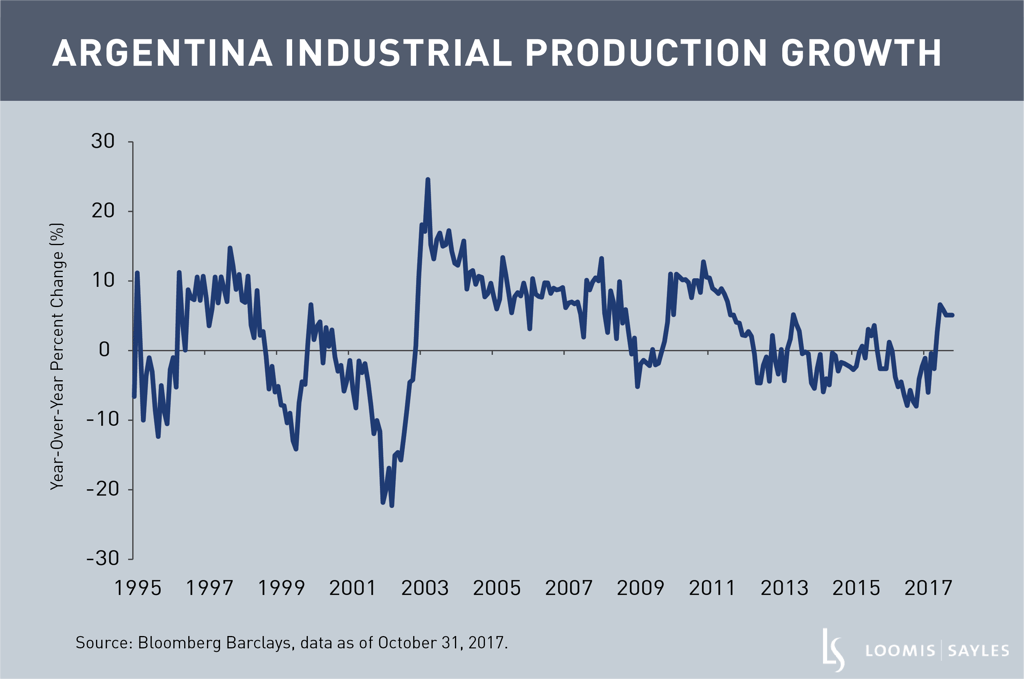 Nominal yields in Argentina are extremely high—around 25%—compared with other liquid emerging markets. 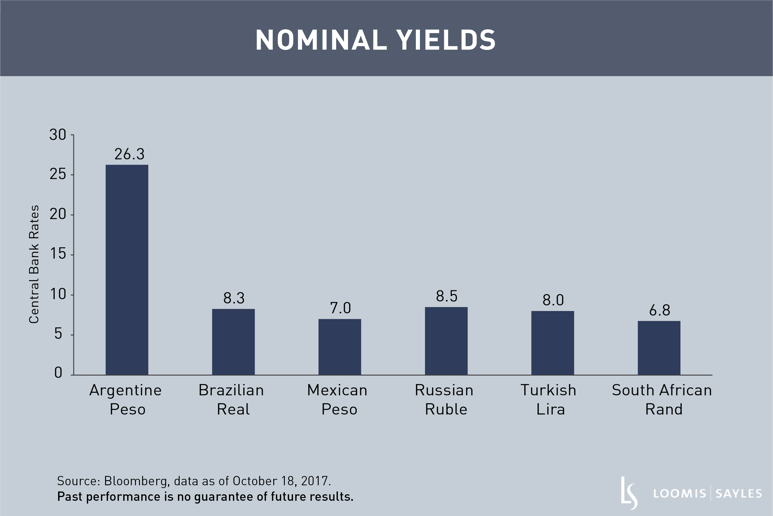 3. Inflation appears to be in check

Inflation remains elevated but appears to be rolling over as the government pushes through structural reforms and the central bank maintains a tight monetary policy. Since last year, inflation has declined by nearly half. Lower inflation is important for underpinning the value of the peso and for assisting economic growth by allowing real wages to rise. 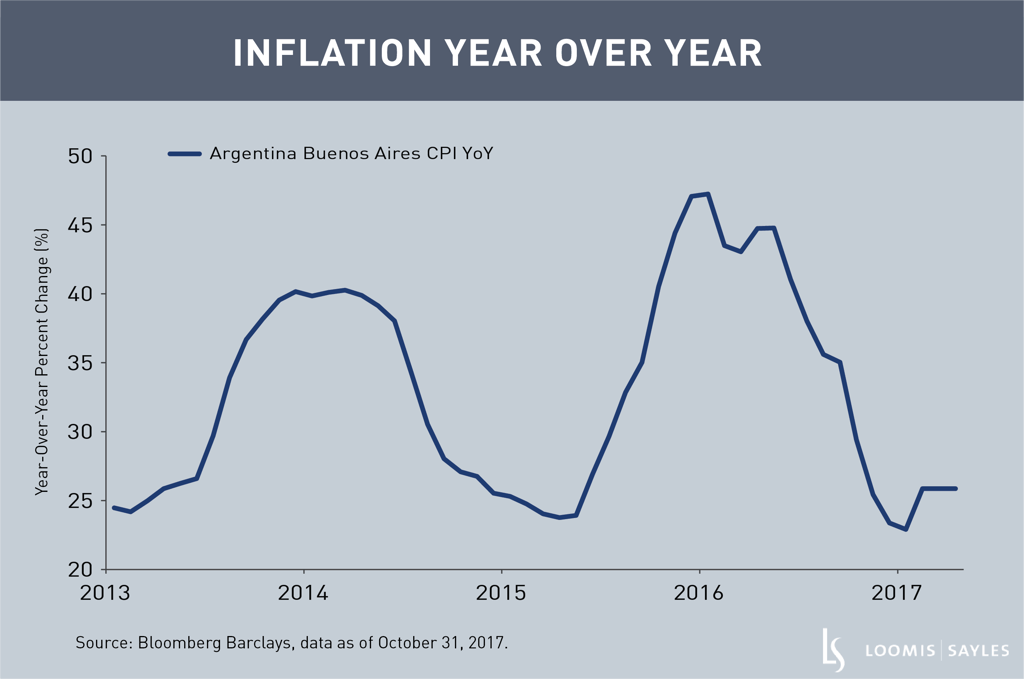 As promising as the peso seems, there are some risks. While I’m comfortable that they are contained at this point, things to watch include: