The severity of the current economic downturn has surpassed that of the global financial crisis (GFC). The Atlanta Fed GDPNow indicator is estimating an annualized decline in real GDP growth of approximately -35% in the second quarter.[1] That number is shocking, but the economy appears to be stabilizing and starting to recover. We now believe we are entering the credit repair phase of the credit cycle, where the private sector shifts toward saving and deleveraging.

As we enter credit repair, we are wary of using the GFC as a benchmark for the path to recovery. We see several key reasons that suggest this time will be different: 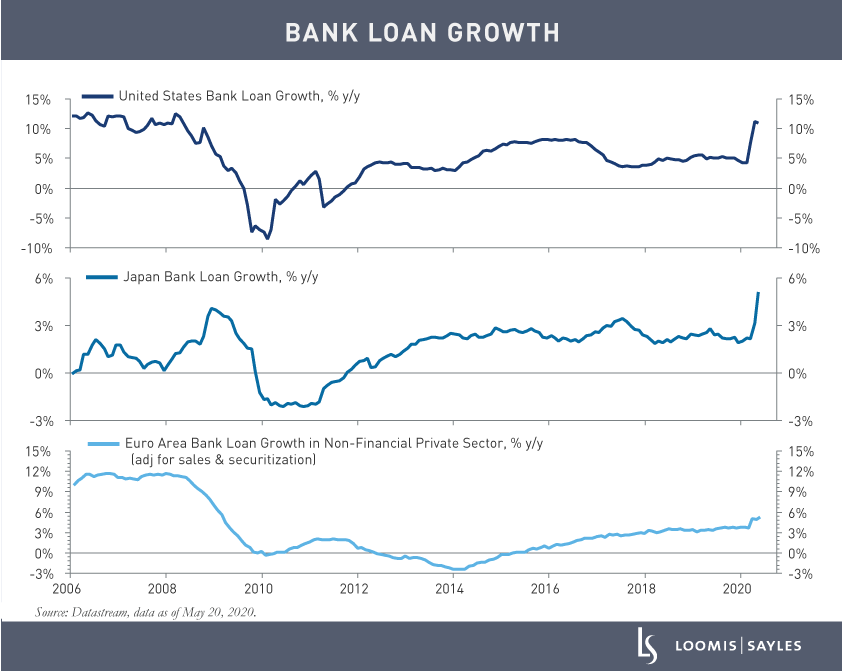 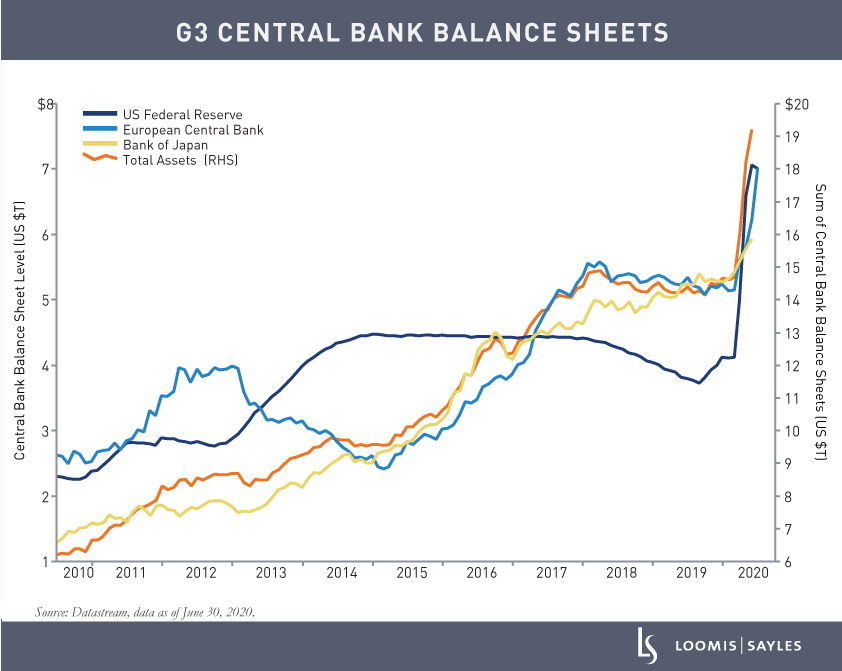 The GFC occurred because of massive leverage in household and bank balance sheets. Today, we believe these balance sheets are in a much better position to withstand the current crisis. Fiscal and monetary policy have been deployed quickly and effectively compared to the GFC.

This time, the corporate sector is the one with the stretched balance sheets. However, banks are extending loans and companies are issuing a lot of debt to maintain liquidity, reduce the risk of insolvency and allow companies to transition to the credit repair phase of the cycle.

For more on our views on the credit cycle and the path to recovery, visit our new landing page.

The charts presented above are shown for illustrative purposes only. Information obtained from outside sources is believed to be correct, but Loomis Sayles cannot guarantee its accuracy. This material cannot be copied, reproduced or redistributed without authorization.