This boom is starting to dissipate in all five markets. House prices have largely reversed course, be it slowing appreciation or outright decline. Moreover, this is occurring even as interest rates remain at or near record lows and labor markets continue to be robust. Importantly, this is a correction that many thought could not occur given the otherwise strong economic growth backdrop in these countries. But we take a long-term view of house prices, and began highlighting affordability problems in these markets several years ago.

A Correction Unforeseen by Many 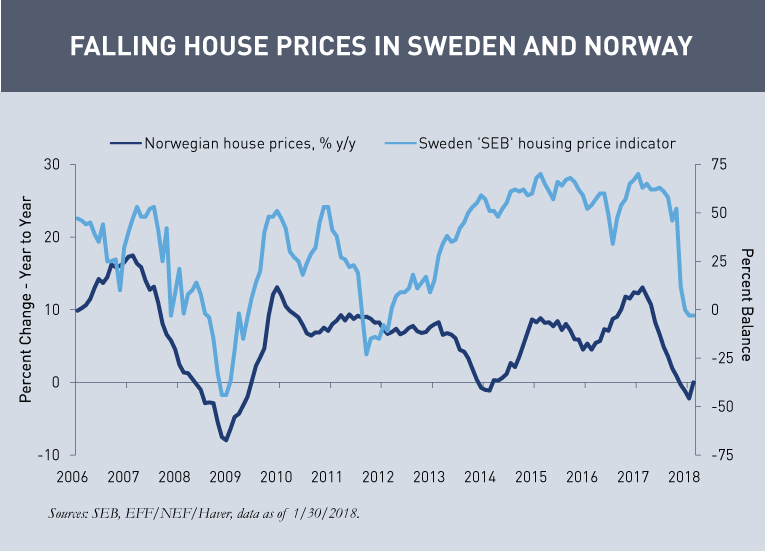 In each of these markets, a change in household sentiment, a significant increase in new housing supply and tightening and regulation aimed at lessening risk to the whole financial system have all combined to help drive the correction.

House price declines that reduce risk in the financial system could be healthy—and policymakers in these markets implemented regulatory changes with precisely that goal in mind. But many didn’t anticipate consecutive declines month after month.

What Happens Next? Will the Benign Environment Continue?

The important question is: where do we go from here? At the moment, even as house prices continue to cool or fall, the spillover into the rest of the economy has been fairly muted in each country. However, this benign environment is not guaranteed to continue.

We remain very alert to the increasing downside risks, especially given household debt-to-income ratios that, in some cases, exceed 200% (in contrast, the US ratio peaked at 131% in 2007 and since then declined to 103% in the third quarter of 2017). Differences in country methodologies make direct comparisons difficult. However, on national measures, household debt–to-disposable income is currently 214% in Norway, 210% in Australia, 180% in Sweden, 168% in New Zealand and 163% in Canada.

Mortgage rates in all five countries are tied to central bank policy rates and reset frequently (this is in contrast to mortgage rates in the US, where mortgages are typically based on long-term rates and locked in for 30 years). The environment of gradual rate normalization could weigh on house price affordability and become the catalyst that shifts housing from a moderate risk to a more systemic threat in these countries. 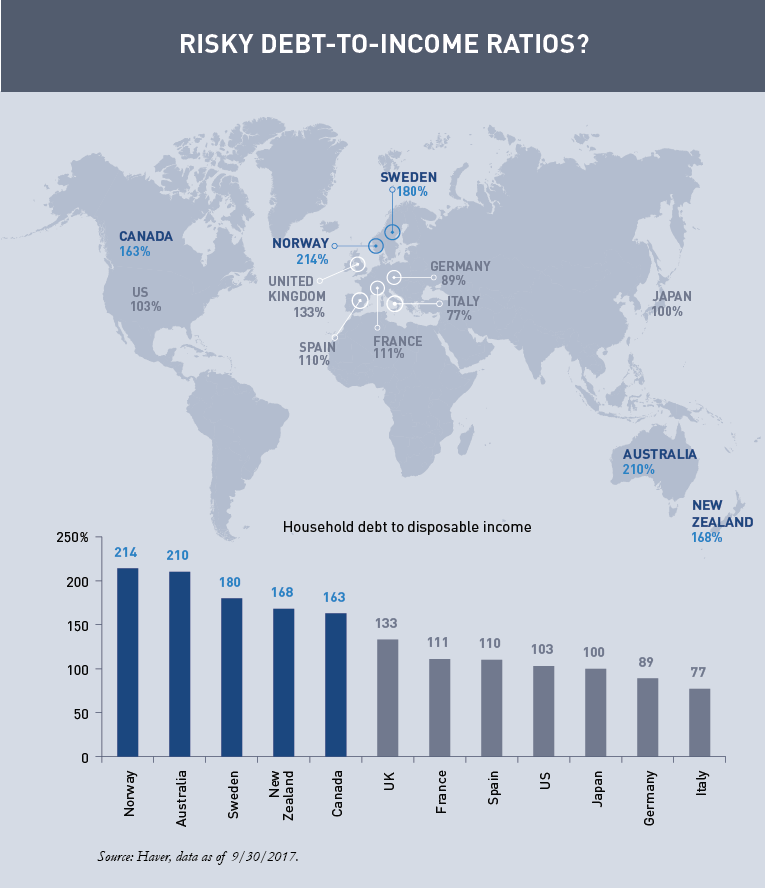