What's Next After the US Airstrike in Baghdad?

Brace yourselves. In an unexpected move on January 3, the United States carried out a drone strike that killed a key military figure in Iran, General Qassem Soleimani. Soleimani was the head of the Iranian Revolutionary Guard Corps' Quds Force, the architect of Iranian military influence across the Middle East and the second most powerful figure in Iran after the Grand Ayatollah Khamenei. The strike also killed Abu Mahdi Al-Muhandis, the deputy head of the Iraqi Popular Mobilization Forces (PMF), a largely autonomous paramilitary arm of the Iraqi armed forces.

This event signals a major escalation of US-Iranian tensions. The US’ strike is the first direct military confrontation with Iran resulting in the death of a high-ranking military official. The strikes were part of an escalating cycle of retaliation carried out by both sides over the past few weeks. 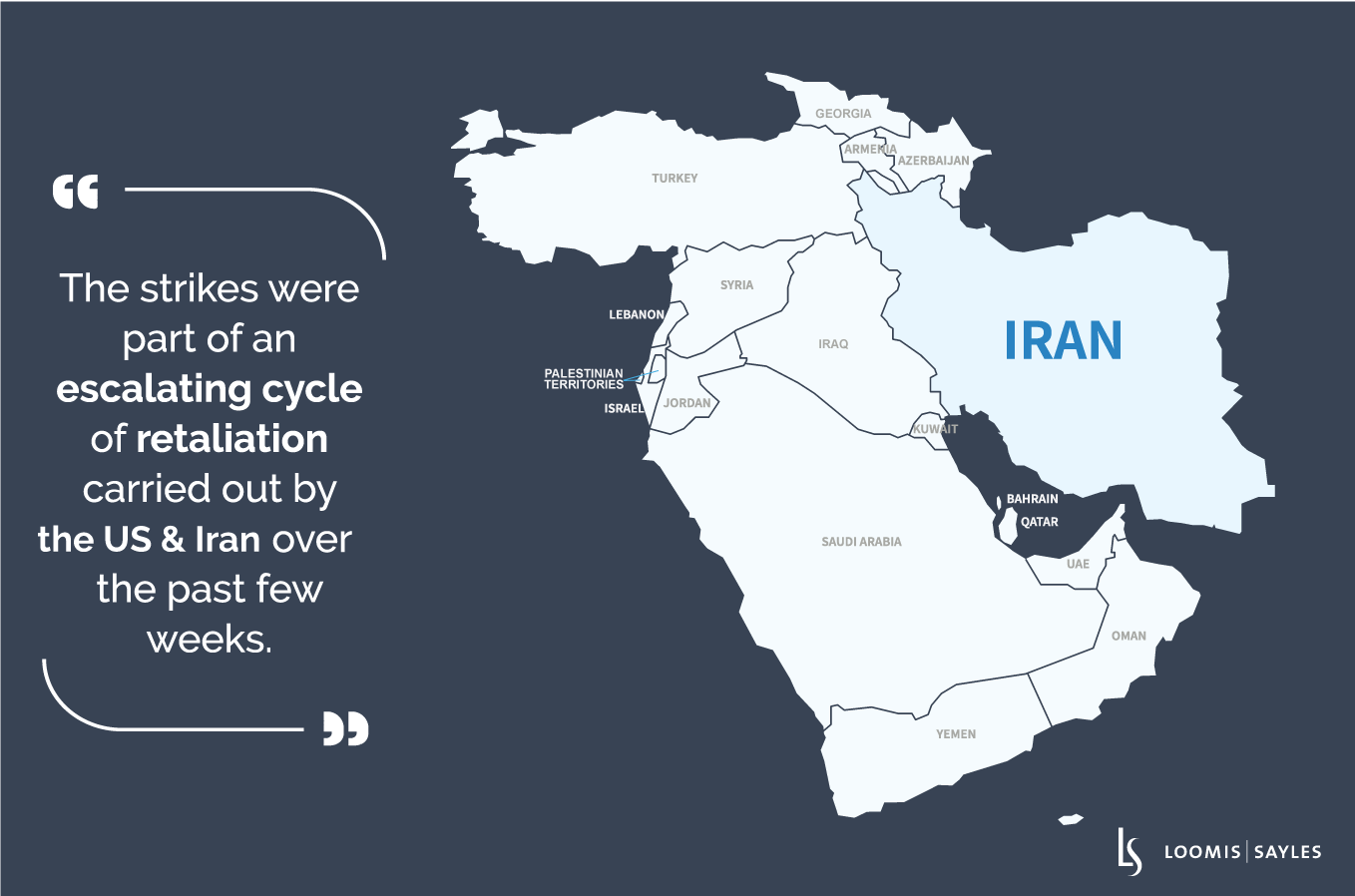 Iran is expected to respond, if not immediately, then after a short period of calm. The response is most likely to come through proxies, rather than a direct confrontation with the US. Iran’s goal will continue to be to harass and drive US troops out of the region while keeping the theatre of conflict away from their homeland to preserve its scarce military resources for a future war.

We believe Iranian attacks on US military bases will intensify. Previously, Iran’s attacks were carefully designed as a show of power while drawing a firm line at intentionally killing any Americans. With the assassination of a high-ranking Iranian general, the rules of engagement seem to have changed. The Iranian regime could start striking with an intent to kill. If that happens, it could eventually lead to direct military confrontation between the US and Iran.

Will there be attacks on oil?

We may see more attacks on oil tankers/installations, but they would likely be small-scale and sporadic in an attempt to maintain deniability. Iranian leaders are not expected to try anything drastic like shutting the Straits of Hormuz, as it would unnecessarily shift the theater of conflict to the vicinity of Iran and unify the world against them.

We do not believe oil production is in imminent danger of a major disruption unless the cycle of escalation rapidly gets out of control. That said, we expect a moderate rise in oil prices as investors price in a higher risk premium.

We expect the PMF will try to portray the US attack as a violation of Iraqi sovereignty—the strike was carried out on a civilian airport without Iraq’s consent and killed a top Iraqi official. The PMF controls about 48 seats in the highly fragmented 328-member Iraqi parliament, and will likely try to implement legislation that would expel US forces from the country. In Iraq’s fluid and fractured political sphere, it is difficult to predict how quickly the bill would move. However, the military strike may alienate the many political factions who had previously supported a US role in Iraq.

The PMF carries a lot of military clout in Iraq. The PMF can, and probably will, try to intensify protests and civil unrest in Baghdad in an attempt to take control of the messy political situation and force parliament’s hand in driving out US forces.

Ironically, getting out of Middle East conflicts was one of President Trump’s key campaign promises. Despite this week’s escalation, both the Iranian and the US administrations might see eye to eye on reducing the presence of US troops in Iraq.

What could become of the nuclear deal?

The Iran nuclear deal, a key source of President Trump’s and Iran’s current problems, has become an isolated and largely forgotten issue right now. However, Iran is expected to announce the next step in its nuclear escalation in the next few weeks, which will likely bring the issue to the forefront again. Since the US pulled out of the nuclear deal in early May 2019, Iran has increased its nuclear activities. This has been Iran’s way of pressuring the EU to come up with ways to buy Iranian oil in the presence of US unilateral sanctions. Iran has taken new measures approximately every 60 days, and with the next one expected in early January, the rhetoric between Iran and the US may become even more belligerent.