The American Jobs Plan and its Impact on the Power Sector

President Biden campaigned on achieving a carbon-free power grid by 2035. He does not appear to be backing down from this goal. On March 31, the White House announced the American Jobs Plan, which proposes spending nearly $2.3 trillion on infrastructure and job creation. It calls for tax incentives, federal purchases of clean energy solutions and significant research and development on clean energy initiatives. Here, we’ll look at the components of the plan that might affect the power sector.

In an attempt to address the intermittency issue associated with the transition from traditional baseload power sources to renewable energy sources, the American Jobs Plan would allow stand-alone storage to qualify for a tax credit. Today, storage only qualifies for a tax credit if it is paired with a renewable generation project. The tax credit would stimulate the development of storage, which is currently uneconomic on a standalone basis. For example, the price of a lithium-ion battery pack was $137/kWh in 2020, about twice the forward on-peak ERCOT[i] price of $66.29 for the month of July 2021.[ii] This price differential makes it difficult for stand-alone batteries to compete on a merchant basis. Bloomberg New Energy Finance forecasts the price of a battery pack will fall to $58/kWh by 2030, at which time we would expect storage to become competitive on a stand-alone basis, all else equal.[iii]

Under the American Jobs Plan, tax credits could be converted to cash. Traditionally, utilities, which have minimal tax liabilities, have brought in tax equity partners. These partners provide the equity for renewable energy projects in exchange for renewable energy tax incentives. There has been some concern in the sector about the depth of the tax equity market and the potential for saturation. The plan addresses this concern, attempting to correct it before it becomes an issue.

If the tax incentives in the American Jobs Plan pass, we believe significant investment in transmission will be needed to accommodate the expected influx of renewable energy. Many companies have cited transmission capacity as a major headwind to meaningful renewable energy development.

Permitting has been another major obstacle to renewable energy development, and the Biden administration has announced it will give the Department of Energy greater authority to alleviate this issue.

The plan also proposes a $174 billion investment in the electric vehicle market. Though the plan lacks many critical details, it proposes electrifying the federal fleet, providing incremental incentives to consumers for electric vehicle purchases, and accelerating the development of charging stations. We believe this would benefit regulated utilities because it would require incremental investment in generation and/or transmission, further increasing utilities’ rate base.

To pay for the American Jobs Plan, the White House has proposed increasing the corporate tax rate to 28% from 21%. While this may seem contradictory on the surface, we believe regulated utilities would benefit under a higher tax rate because they could charge customers based on the proposed statutory tax rate of 28% while their effective tax rate would likely be significantly lower. Standard & Poor’s expects a higher tax rate would lead to a 100-basis-point improvement in the funds from operations/debt ratio across the regulated utilities sector.[iv] Alternatively, integrated power producers and unregulated utilities would likely see a negative impact from a higher corporate tax rate in our view.

Robust investment opportunities may warrant a cautious approach to credit

The American Jobs Plan will likely see modifications before crossing the finish line, but we expect it to provide robust investment opportunity potential for the power sector for years to come. Under the current proposal, we think regulated utilities could be relative winners while power companies with unregulated operations could see their credit profiles negatively impacted. Given that balance sheets in the power sector are already under pressure, we are cautious about the impact of incremental investment opportunities on credit. It’s important to remember that clean energy incentives may be accretive for equity investors, but not necessarily for creditors. 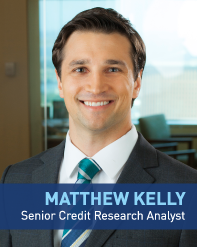 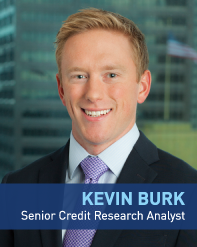 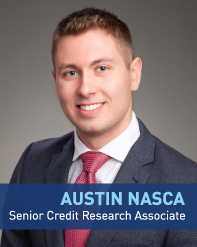 [i] ERCOT is an acronym for the Electric Reliability Council of Texas.

Performance data shown represents past performance and is no guarantee of, and not necessarily indicative of, future results.