The potential (rocky) path to a referendum 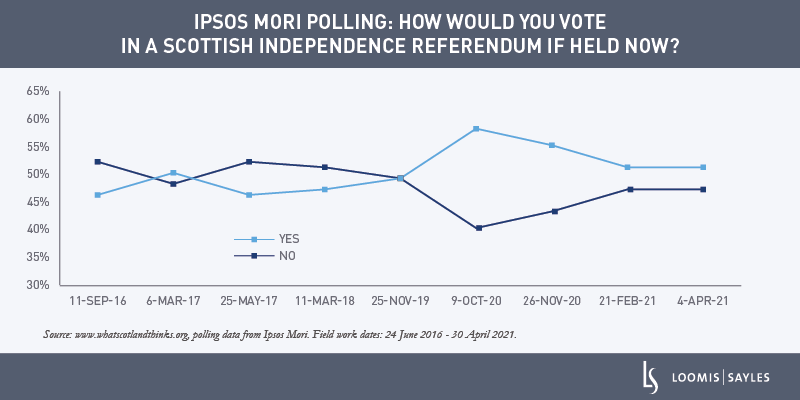 The 2014 referendum was held with the assent of the UK government. UK Prime Minister Boris Johnson has said the UK will not assent again. The SNP has suggested it might seek a court challenge to get around this procedure. Another path is to build public pressure to try to get the UK government to assent. Political brinksmanship and legal challenges could introduce significant volatility as the process unfolds.

The SNP wants a referendum within 2.5 years, but the public appears cautious on timing, and the UK—if it negotiates at all—might push for a later vote.

The implications of Scottish independence

Scottish independence is no small issue. It would mean the end of a political union that has existed since 1707—and a highly integrated currency area. For the UK, it has significant geo-strategic implications. It could also raise longer-term questions about the future of Northern Ireland and Wales.

For Scotland, it would have to adopt a new currency regime as an independent country. This would be a complex, multi-year process, made even more complex by a stated desire to pursue EU membership. A successful transition would likely require extensive cooperation with UK institutions over many years.

The case for Scotland’s independence is, in many ways, rooted in a preference for an open society and a globally integrated country. However, if Scotland succeeds in its push for independence, it would create a template for exiting from a currency union. It’s a risk that cannot be dismissed, particularly if politicians elsewhere focus purely on the aspect of a leaving a union without considering the broader aspects of self-governance. 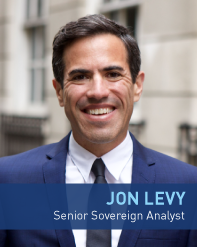 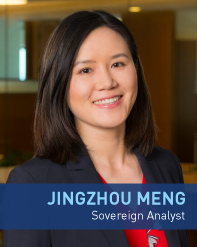