"Core" PCE[1] inflation year over year eased from a recent high of 2.04% last July to 1.55% in March. This easing has made some market participants speculate that the US Federal Reserve will ease up on monetary policy. However, there’s more than one way to measure inflation. 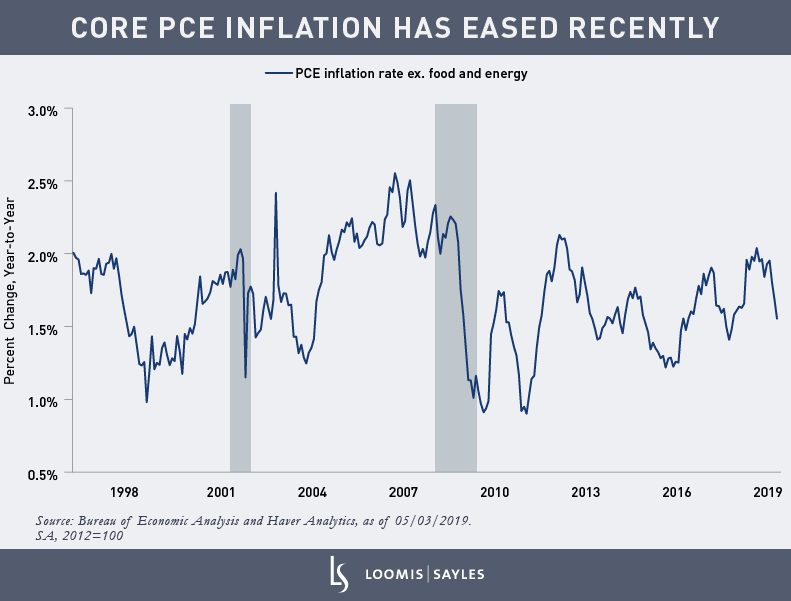 The Fed wants to discard the noise and get the true signal of inflation. Core PCE inflation strips away the noise from food and energy. According to this measure, everything else, then, is signal.

The problem is that sometimes food and energy prices behave well. And sometimes, there are flukes and outliers elsewhere in consumer prices. For example, last January, the price index of financial services saw a huge drop, probably related to the stock market slump in autumn 2018. Last March, the Bureau of Labor Statistics introduced new “big data” methods, which contributed to a record drop in apparel prices. Two years ago, Verizon’s aggressive promotional campaign led to a huge drop in cell phone service prices. 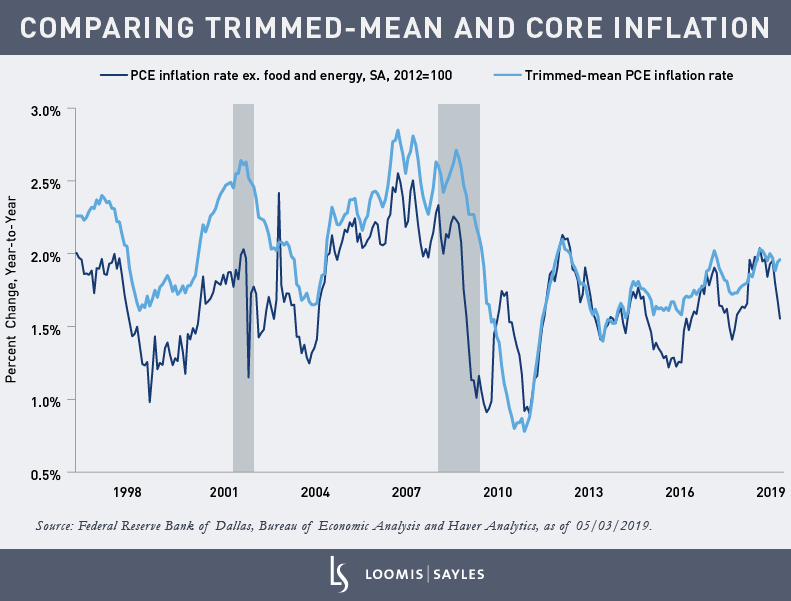 The Fed is unlikely to panic

[1] Personal consumption expenditures (PCE), or the PCE Index, measures price changes in consumer goods and services. Expenditures included in the index are actual US household expenditures.

Examples above are provided to illustrate the investment process for the strategy used by Loomis Sayles and should not be considered recommendations for action by investors. They may not be representative of Loomis Sayles current or future investments and they have not been selected based on performance. Loomis Sayles makes no representation that they have had a positive or negative return during the holding period.