The federal deficit hit $779 billion in fiscal year 2018.[1] This was the highest level since the $1.09 trillion deficit of FY 2012. Many pundits point to the tax cuts as the driver, but that tells only a part of the story.

It is true that increases in discretionary spending and tax cuts boosted the deficit in FY 2018. But the deficit also rose in FY 2016 and FY 2017 despite an expanding economy, a falling unemployment rate and no tax cuts.

How do you balance these facts? The surge in entitlement spending (Social Security, Medicare, Medicaid, Children's Health Insurance Program and the Affordable Care Act) is driving the deficit upward and I don’t see it relenting. 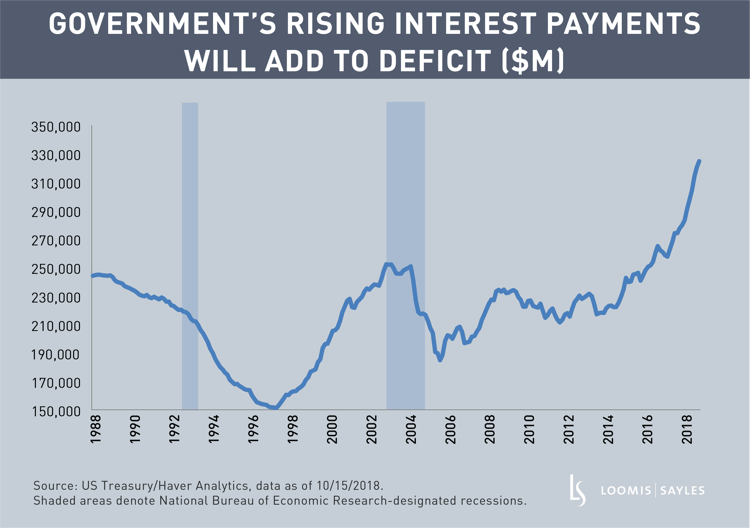 The deficit is likely to pass the $1 trillion threshold in FY 2019. Without a change in government policy, it won’t stop there.