Chinese Non-Performing Loans – How Bad Can They Get?

The main contributor to China’s economic slowdown is its manufacturing sector, which is suffering due to overcapacity and lower global demand for Chinese products. While these conditions have tempered local bank loan growth substantially, there doesn’t seem to be any significant increase in banks reporting non-performing loans (NPL). That is surprising…NPLs typically rise in a country when the economy weakens after a period of very high loan growth. 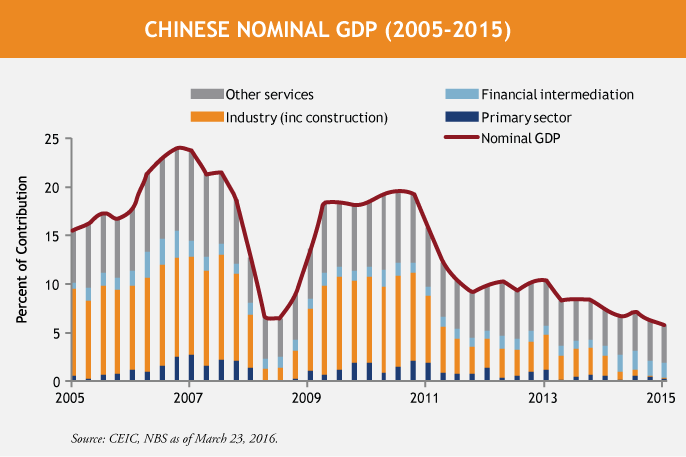 The Chinese banks that are the biggest lenders to state-owned manufacturing companies are undoubtedly feeling pressure from their weaker borrowers. Heavy industrial companies including shipbuilders, coal miners and steelmakers are especially hard-hit. But even now, reported NPLs are only 1.7% at the end of 2015 compared to a peak of over 20% in the early 2000s.

What are some reasons for this?

The behavior of China’s biggest banks suggests a difficult outlook for non-performing loans. Several bankers that I spoke with late last year expressed concern that NPLs are likely to continue to rise. That said, the larger banks appear to currently have enough capital to cope with a significant rise in NPLs from current reported levels.

Overall, I expect that the Chinese economy will continue to slow, and NPLs will keep rising. Even so, I’m not very pessimistic:  consumer spending appears to be healthy. Car sales have picked up and property prices are recovering in the largest cities, both in response to government stimulus. A likely rise in NPLs is a by-product of a rebalancing of the economy away from capital investment and export, and towards consumption and services.  This leads me to believe that some of the more interesting opportunities in China are not in the "old economy" industries like banks and manufacturing, but in "new economy" businesses like internet retailing.