The Financial Advisor in Your Pocket

Banks aren’t what they used to be. For a start, there are fewer of them. Some have merged, others were acquired and now there are half as many banks in the United States compared to 20 years ago.[1]

Yet many remain and the landscape is fragmented. There are still nearly 5,000 banks in the country and the big three only have 10-11% market share each, which is small compared to most developed countries.[2]

One would expect technology to change that. As customers, we like the personal service offered by a small bank. But over those 20 years, access to banking services has shifted from branch visits and phone calls to internet and mobile access.

Everyone wins, particularly the banks that can afford the massive investment required for the best apps. As a result of the shift from branch visits to mobile access, the top ten banks have shrunk their branch networks by 3% over the past year.[3]

Some of the best banking apps are becoming ever more helpful. 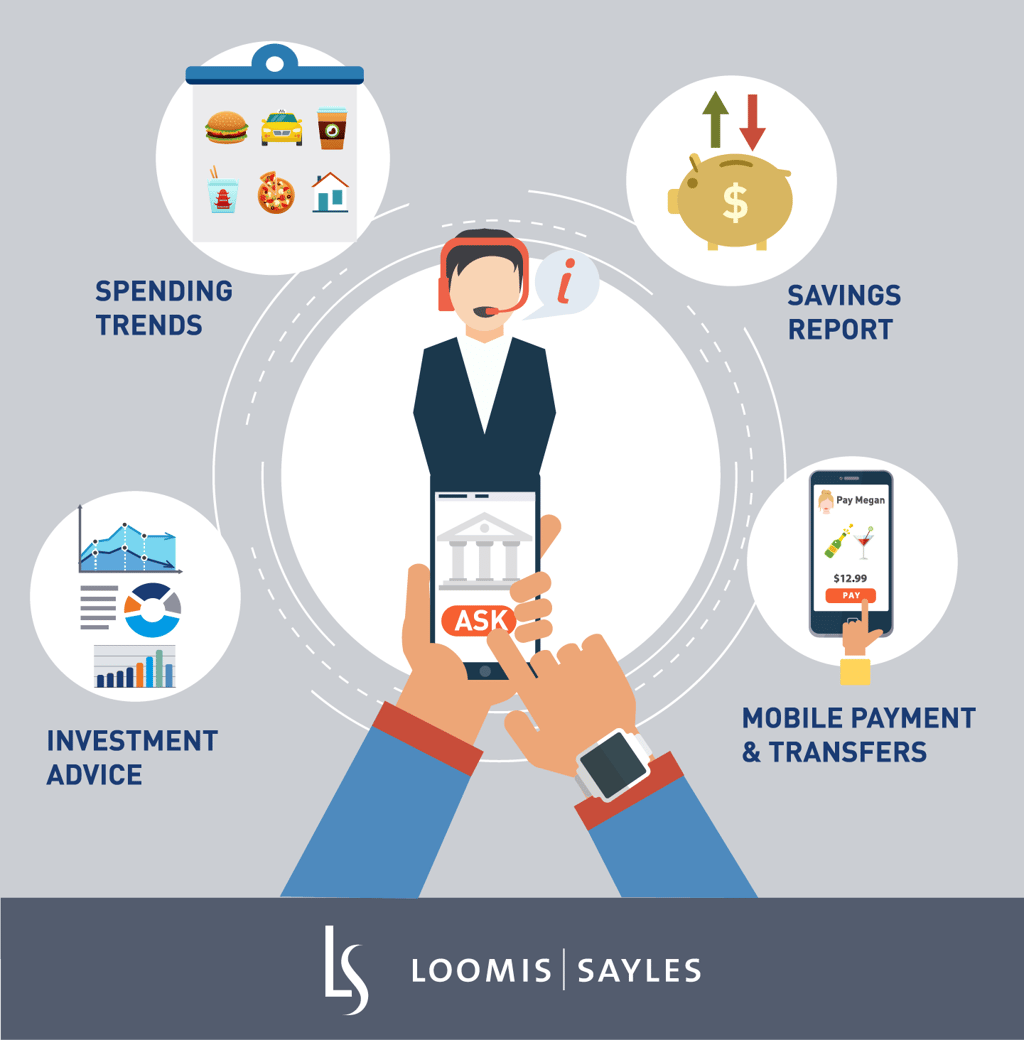 We’ll say, “Pay Megan $10 for the margarita,” and Megan will receive her cash. We’ll ask, “How much did I spend this weekend on going out?” and Erica will clarify the full extent of our hedonism!

Erica is being designed to sound conversational, almost human. But unlike the humans in a branch, Erica never leaves us. Erica never gets promoted and moves away, never has a sick day. The app is programmed to learn so fast that before too long, we will interact as we would with a human.

This initial generation of chat bots will answer commands, and soon they will offer advice. No longer will we need to set up an appointment to discuss our financial future. We will simply be able to ask Erica, “Can I afford this house?” or “How much should I be saving for retirement?”

I believe young people will adopt this fast. It’s likely to be convenient, intuitive and enjoyable to use. If you are used to talking to an Amazon speaker, financial advice via bot is a natural progression.

This brings us back to the initial question. With artificial intelligence and language recognition software costing hundreds of millions of dollars to develop, will this entry cost pave the way for the dominance of the big banks?

In my view, the immediate answer is yes. It makes sense, particularly when the apps will offer a full suite of products—from loans to mutual funds—all from the same bank. The complexity of the software makes it very difficult for smaller players to copy.

But there’s a catch. The global leaders in artificial intelligence are not banks, but giant tech companies.So it might not be long before we are able to ask Alexa to transfer that $10 to Megan. Or to ask Siri whether we can afford to move to a bigger home.

Tech giants wouldn’t need to expand their payment services by moving into banking. Instead they could link in to your different accounts, all held with different providers. This would enable us to benefit from the best technology and the best financial products, in one place.