The Brexit Beat - The End of the Beginning 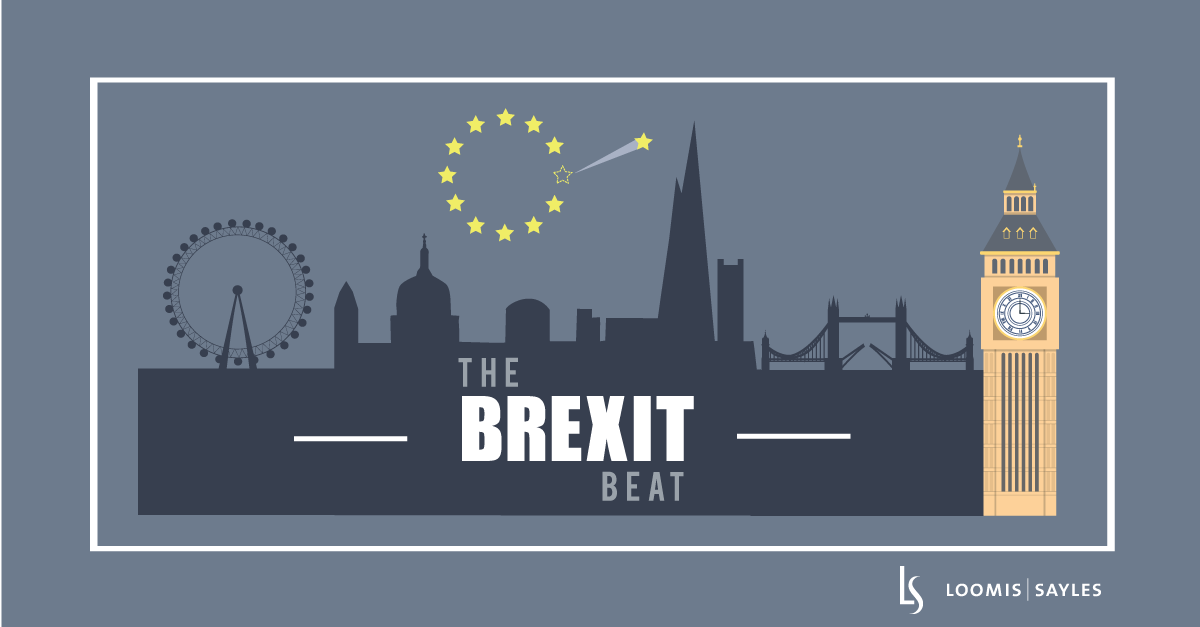 UK Prime Minister Boris Johnson and the Conservative Party won yesterday’s election in a landslide, taking 365 seats. With a majority of 80 seats, the Conservatives have their largest majority since 1987. Ultimately, the country wanted to “Get Brexit Done” too.

The large majority should give the PM considerable flexibility to finally take the UK out of the EU on January 31, 2020, three years and seven months after the EU referendum. Reports suggest the Withdrawal Agreement Bill could be re-introduced before Christmas.

One big cloud of uncertainty has been removed, but this is just the end of the beginning. Despite the long and challenging divorce process, the most difficult stage of Brexit negotiations is yet to come. And, currently, there is limited time.

The transition period is scheduled to end on December 31, 2020. It can be extended only once, for up to two years, and the extension must be requested by July 1, 2020. The current Conservative stance is for NO extension. This could mean another cliff-edge scenario and a hard exit on a WTO (World Trade Organization) arrangement. The market’s expectations for an eventual extension to the transition period are mixed. Yet, even with an extension, ongoing negotiations over free-trade agreements (FTAs) with the EU, the US and other major trading partners suggest a certain level of uncertainty will likely continue.

The election brought a dramatic shift in the UK electoral map. It was the worst result for the Labour Party since 1935, and its leader Jeremy Corbyn has announced that he will step down at some point. Both the Northern Ireland Democratic Unionist Party (DUP) and the Liberal Democrats lost parliamentary leaders. The DUP lost seats, and Irish nationalists outnumbered unionists in Northern Ireland for the first time. The Scottish National Party (SNP) won 48 seats (gaining 13 from the last election) and SNP leader Nicola Sturgeon described the election result as a “huge mandate” for a second Scottish independence referendum.

The pound (GBP) strengthened nearly 3% versus the US dollar after the exit poll was released, its highest level since May 2018. However, it was unable to hold those lofty levels, due largely to short-term trades, the extent of this recent rally and some uncertainty over the UK’s future relationship with the EU. UK government bonds closed three to five basis points stronger, and the FTSE 100 Index closed up 1.10%.

How do market participants expect the UK economy and the Bank of England to react?

Market expectations are mixed regarding UK economic performance in 2020. Some expect the economy to finally rebound as uncertainty has lifted. Some expect a small rebound in the first half of 2020 and a slowdown in the second half as the end of the transition period approaches. Dealers are calling for everything from 2020 rate hikes to 2020 rate cuts and a resumption of quantitative easing.

With the large Conservative majority, most market watchers expect smoother negotiations on the future UK-EU relationship, but it’s possible that the UK could be less inclined to compromise. Will Johnson stick with the “harder” Brexit deal he has advocated thus far, or will he aim for a “softer” one?

We now wait for a potential cabinet reshuffle, the Withdrawal Agreement Bill to become law, and the UK to formally exit the EU on January 31, 2020. We’re also watching for Corbyn’s replacement and Scottish referendum chatter. Future relationship negotiations will begin after the UK exits the EU. We will be looking to see whether or not the UK government’s approach softens, and we’ll hope for hints that the transition period could be extended.