Things are changing in subprime auto lending. Subprime auto lending is increasing and credit performance is worsening. However, we believe it is still within historical standards and this negative trend shouldn’t automatically be perceived as a threat.

In this context, let’s look at two key data sets to approach the current narrative around subprime auto lending. 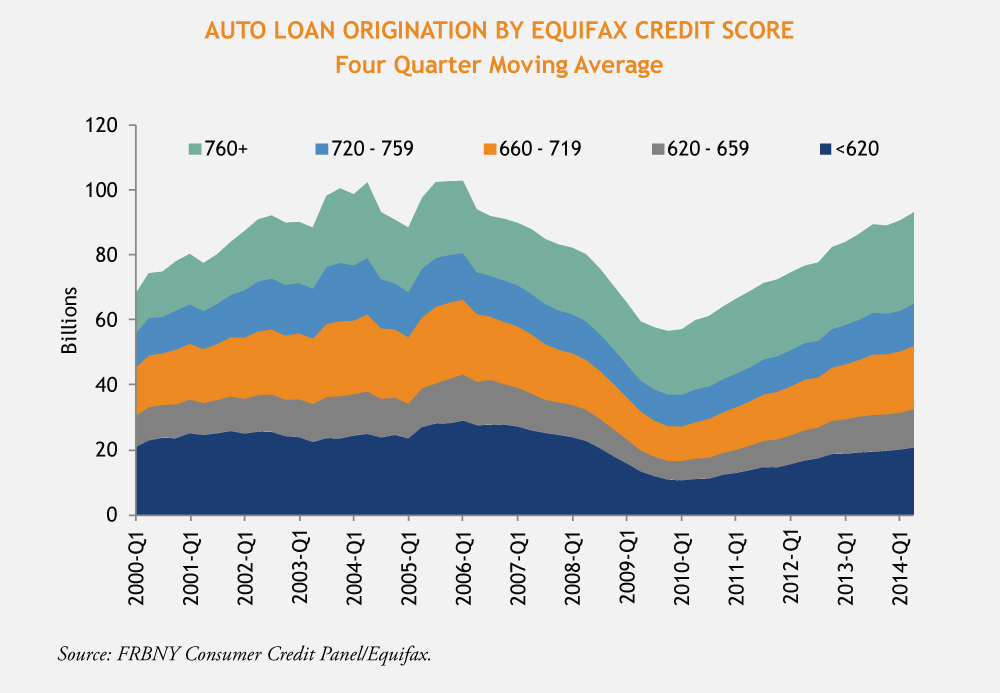 There is also less auto loan origination volume associated with the “below 620” borrower than in Q4 2000, far before the terminology “subprime mortgage” had entered popular discourse. One could argue that subprime auto loan originations could easily be greater than 2000 levels through inflation alone….but they aren’t.

The performance of GM Financial’s subprime auto ABS (associated with the Bloomberg ticker AMCAR) provides a useful benchmark for how subprime auto loans have performed across time. 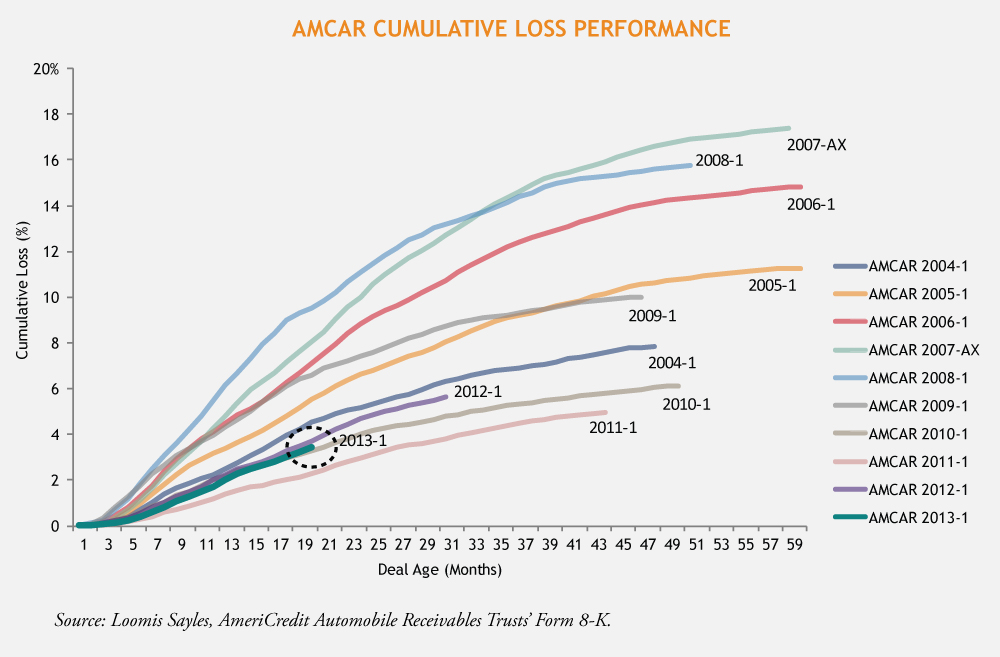 This chart is being shown for illustrative purposes only.

Credit performance in subprime auto loans is worsening, but it’s still better than it’s been in the past.  In the chart above, you can see that the 2013 vintage of AMCAR is performing worse than 2011, but better than many other years.

The claim that a situation is becoming worse is different from the claim that it is becoming threatening. It is important to interpret this change meaningfully - frameworks that classify threats can assist in effective action.

We take the view that although things are “getting worse” in subprime auto loans, the situation is still within historical tolerances.

This is no argument for complacency. The future could always be different than the present, and we continue to monitor the market with a watchful eye.