Why was the pipeline rejected by President Obama?

There are several theories behind the timing of the cancellation. For starters, former Canadian Prime Minister Stephen Harper, a staunch supporter of the pipeline, just lost the election to Liberal Justin Trudeau. Since the pipeline is not a key issue for the new Canadian government, the rejection took place without straining relations with one of our strongest allies.

What will the rejection of the pipeline do to Canadian oil companies? 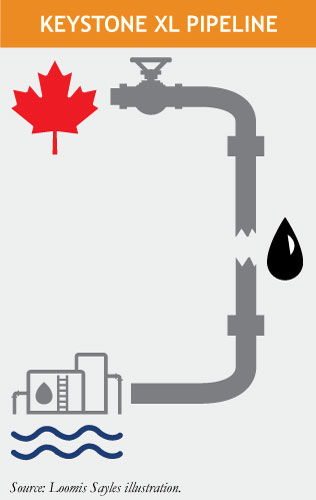 While the rejection of the pipeline was touted as a win for environmentalists against oil companies, the Keystone XL pipeline isn’t the only way to get crude from Canada to the US. With the numerous delays of the pipeline, producers have developed other pipeline proposals and expansions such as Energy East going to Canada’s east coast, TransMountain heading to Canada’s west coast, and crude-by-rail which is more flexible than pipeline and can be transported to the US without White House approval.

Who are the winners and losers?

Environmentalists view the decision as a victory as the cancellation of the pipeline will reduce the development of dirty, “tar sands” crude and lower greenhouse gasses. However, the alternative methods of transporting crude (including railing oil to refineries in the US/Canada and sending oil to refiners overseas) are not particularly environmentally friendly. Others viewing this as a win are the people of Nebraska who fought TransCanada about the proposed route because of concerns over potential pipeline spills in the state.

Those disadvantaged by the cancellation are the Canadian oil companies. The pipeline would have increased capacity out of Alberta and increased the price the Canadian oil companies receive for their crude. With the ability to reapply for approval under a more favorable administration, TransCanada's battle may not be over. But for now, environmentalists can claim it as a victory against big oil, despite the fact that the cancellation will do little over the long run to change greenhouse gas emissions.

This material is provided for informational purposes only and should not be construed as investment advice. Any opinions or forecasts contained herein reflect the subjective judgments and assumptions of the authors only and do not reflect the views of Loomis, Sayles & Company, L.P. Investment recommendations may be inconsistent with these opinions. There is no assurance that developments will transpire as forecasted and actual results will be different. Data and analysis does not represent the actual or expected future performance of any investment product. Information, including that obtained from outside sources, is believed to be correct, but Loomis cannot guarantee its accuracy. This information is subject to change at any time without notice.