We’ve gone without a lot of things in 2020. Surprises aren’t one of them. After ten months of twists and turns, most of us are ready for a nice long stretch of the mundane. But this has been a strange year, and neither the year nor, I fear, the strangeness is over.

US federal elections are 11 days away, and markets currently seem to anticipate a “blue wave.” But I think the US political landscape could still offer some surprises. The scenarios below, in my view, could make some waves of their own in capital markets.

Control of the Senate is considered a big wild card. Pundits and markets seem fairly confident that Democrats will hold on to the House of Representatives in November, and former Vice President Biden is currently favored by most polls and prediction markets to win the White House. This would make the Senate key, and our confidence in forecasting the outcome is lower. 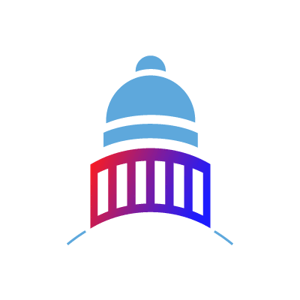 To make things extra exciting, there are two Senate races in Georgia this year. One or both of these seats could be involved in a special run-off election on January 5 if no candidate were to get over 50% of the vote on November 3. Given how close control of the Senate is, Georgia could potentially determine party control of the Senate, which would affect how effectively the presidential winner can govern. Yes, Georgia is on my mind.

Markets could react to the results for the Senate in either direction. If Republicans were to keep the Senate, they would potentially be able to block key Biden initiatives including tax hikes and spending plans on initiatives like combating climate change. I could see a market relief rally in this scenario. If the Democrats were to take the Senate—and accomplish a clean sweep of the House, the Senate, and the White House—they would potentially be able to pass an ambitious taxation and spending agenda. Biden’s proposed tax plans would be the largest peace-time tax hike in US history, and the spending agenda could be considered one of the most ambitious since Lyndon Johnson’s “Great Society” agenda in 1965. Markets follow the polls and appear to have started to price a potential Democrat clean sweep, but I am not sure the markets have fully digested the profound effects the agenda could have on certain industries. The complex dynamics of the pandemic and economic recovery have been affecting market pricing as well as political prospects.

For the House, I don’t expect markets to react if Democrats were to retain control. But if the Republicans were to take the House, markets could be in an uproar.

A December to remember

December could be a very interesting month. Two major variables—a continuing resolution for the federal budget and potential legal challenges to the election—could be in play at the end of this year. Here’s a look at each.

These days, it seems anything could happen. I think it’s safe to say that we are heading into a volatile political period. We should be prepared for a tough November and perhaps a tough December also. No matter the outcomes of the presidential and congressional races, I do not think we are looking at dire economic consequences. There are ups and downs after elections, and I don’t expect this time to be any different. The final months of 2020 may be challenging, but they could bring some buying opportunities.

Investment recommendations may be inconsistent with these opinions. There is no assurance that developments will transpire as forecasted and actual results will be different. Information, including that obtained from outside sources, is believed to be correct, but Loomis Sayles cannot guarantee its accuracy. Market conditions are extremely fluid and change frequently.