Diamond Jewelers, Gold Coins and the Paradox of Indian Banking

Many of India’s state-owned banks are in trouble. This month the government is injecting $13 billion to help these banks offload non-performing loans. By 2020, the total cost of injections is projected to rise to $21 billion, about 1.3% of GDP. It seems like an odd time for a non-performing loan crisis since the Indian economy hasn’t had a recession since 2010. So what’s going on? Why are the state-owned banks struggling even while the economy is growing at 7%?

More than 13% of state-owned banks’ loans are classified as non-performing. Many of the unpaid loans were for construction on power plants, ports and roads. These projects were based on over-optimistic economic forecasts, and some were delayed for years by corruption and red tape. Other unpaid loans were made to tycoons with political connections, like the founder of now-defunct Kingfisher Airlines. The state-owned banks have been slow to admit the scale of the problem. For example, bankers rated the borrowings of struggling Bhushan Steel as “performing,” even after the vice chairman of Bhushan Steel was arrested for bribing the chairman of Syndicate Bank to keep extending the loans.

The Bailout May Not Be Enough

State-owned banks account for approximately 70% of India’s banking system. India's private banks are in much better shape, which may have prevented the state banks' non-performing loan crisis from causing a credit crunch. The government’s bailout should help, but it may not be enough. Moody’s rating agency suggested it falls far short of what is actually needed. I believe more needs to be done to fix the banking system. The International Monetary Fund (IMF) recently urged the Indian government to strengthen bank oversight, close money-laundering loopholes and limit political influence in lending decisions. Otherwise we may be facing another crisis down the road. 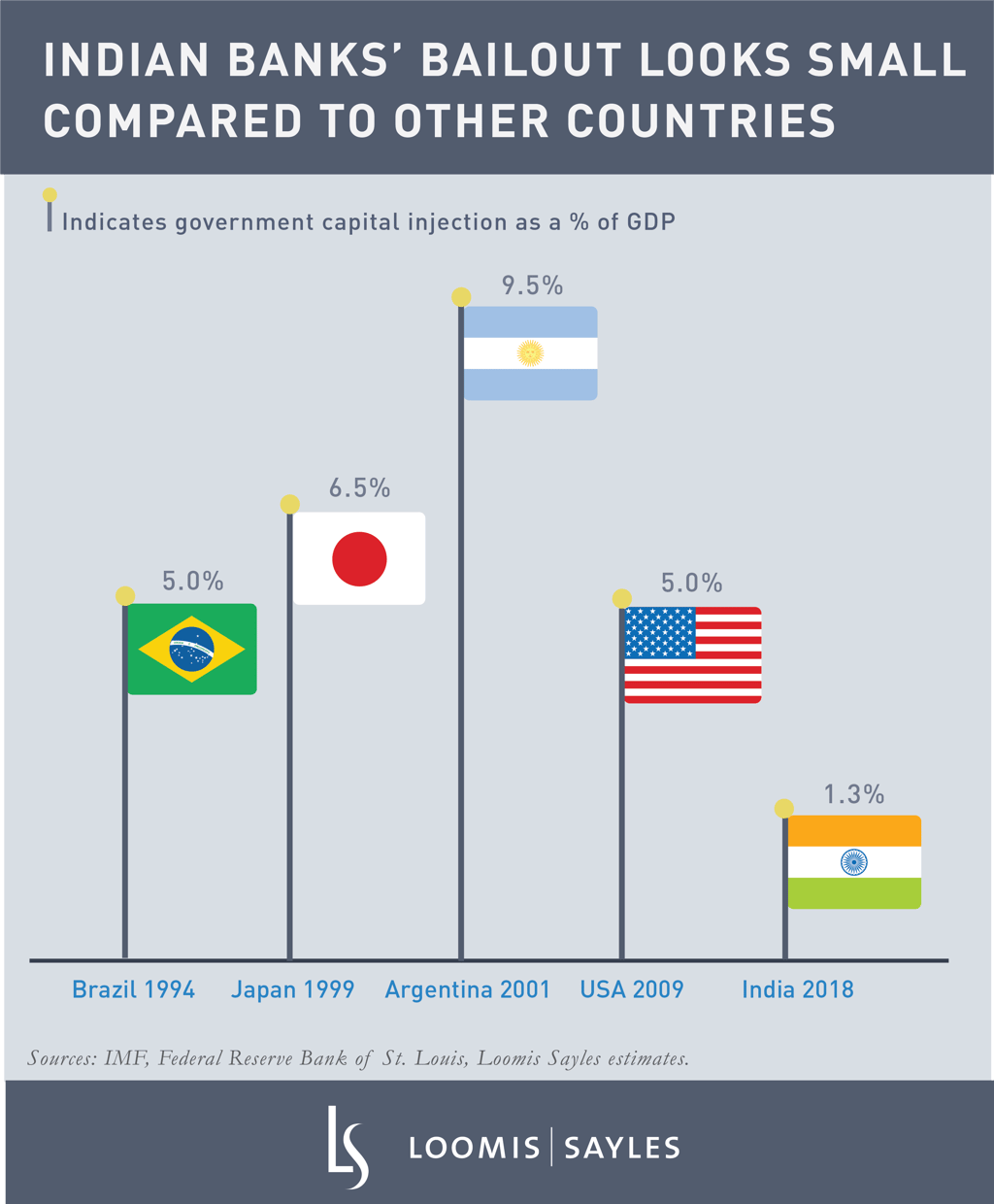