Democrats could sweep the November elections according to many independent polls and political experts. What would that mean for the healthcare and pharmaceutical sectors, which have shown sensitivity to the political landscape? 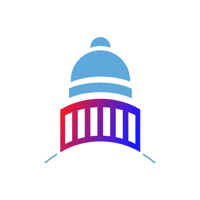 Importantly, even in a “blue wave” scenario, Democrats don’t appear likely to gain more than a narrow majority in the Senate. With a narrow majority, the most moderate members of the controlling party tend to set the agenda. I believe transformational progressive policies are less likely in this scenario. That said, Democratic presidential candidate Joe Biden has publicly endorsed several progressive healthcare policies. Below, I break them down and assess their potential impact on the healthcare and pharmaceutical sectors.

Even without meaningful change, headlines could drive spreads wider

The healthcare and pharmaceutical sectors have two things potentially working in their favor this election cycle: 1) under a blue wave scenario, I anticipate a narrow Senate majority, which would limit the odds of meaningful legislative change, and 2) both sectors have been critical for managing the COVID-19 pandemic—policymakers may be reluctant to damage that relationship. Even so, news headlines, political rhetoric and congressional proposals (such as Medicare for All) have the potential to widen credit spreads. I believe this could create potential buying opportunities in both sectors due to their defensive characteristics and solid fundamentals, including scale and diversity, modestly levered balance sheets and substantial cash flow profiles.