“Big picture, markets are currently dealing with three issues: the impact of COVID-19, the disease caused by the coronavirus, on the global economy, an oil fight and a crisis of confidence in Western governments’ handling of the current situation. Each of these issues can contribute to credit issues, a big deflationary impulse, recession worries, challenging market returns and a grab for liquidity.

I expect markets to be very reactive over the next few weeks. Markets are interrelated and correlations have been changing. For example, earlier this week we saw the Treasury market sell off along with the risk markets. For now, we’ll seek to protect capital and look for attractive entry points to help achieve long-term return potential.

I’ve been looking at credit markets in two buckets; energy is in one bucket, and the rest of the market is in the other. Low-quality energy has traded as much as 40 points over the last week, and even investment grade energy is starting to get pressured. The rest of the market was trading until yesterday morning, when even high-quality investment grade spreads blew out and liquidity dried up.

In these markets, we’re doing our homework. We’re stressing company balance sheets, examining which companies could survive for six months and generate positive free cash flow. We believe we'll be ready for any potential opportunities once we turn the corner.

Looking forward, we believe US second-quarter GDP could fall below -1.5%. This is the first large-scale crisis for private debt, so we’re watching this market closely. We’re also watching for the government response to the crisis. We believe Western governments need to re-establish credibility to build confidence, and we think emergency measures will be critical for liquidity. We don’t believe payroll tax relief is the answer. Without a policy response, we may be at risk of massive layoffs, credit deterioration and even bankruptcies.” 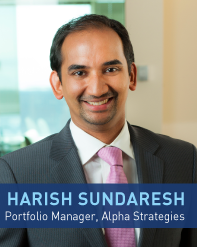 ”The current situation in the oil market is very unusual. In the 2008 crisis, oil faced a demand problem. The energy crisis of 2015 was primarily due to supply problems. This time, it’s both. The response to COVID-19 has weakened demand, and there are complex supply issues. Saudi Arabia, Russia, and OPEC+ have been cutting production over the past few years only to watch US shale volumes reach new highs. I have long held the view that low oil prices are the only cure for low oil prices and we may see this play out now. Going forward, I believe oil prices will stay at current low levels for several months or even years. In the meantime, we could see structural declines from some oil-producing countries and a massive consolidation of the US shale market.

At the beginning of 2020, US equity and credit markets were making new highs, but oil markets and US Treasury yields had begun to decline. I would argue that global GDP growth began falling with Treasury yields and oil markets. While US equity and credit markets continued chugging along until the end of February, our systematic regime models warned of a period of heightened volatility and uncertainty. Based on those signals, we believed it was important to allocate to more defensive tail-risk or risk-mitigation strategies to hedge against potential drawdowns in the coming months.” 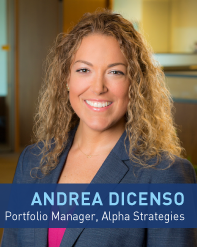 ”We saw the first indications of slower momentum in emerging markets at the beginning of February, when investors started moving toward more hedged emerging market foreign exchange (EMFX) positioning. Then the oil market selloff drove a repricing in EM credit markets that we hadn’t seen since the 2015-2016 commodity crisis. But we’re dealing with more than just a commodity crisis, and the implications of a global growth slowdown do not yet appear priced into EM credit. As a result, we expect investors to seek relative safe haven assets, which could result in continued pain for oil exporters within Latin America and sub-Saharan Africa, as well as credits in Asia and central Europe. Until we see EM credit spreads move wider than 2016 levels, we’ll focus on hedging opportunities using EMFX.” 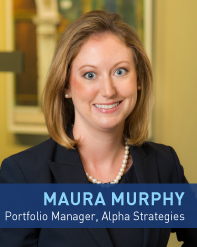 ”It’s concerning seeing the US Treasury market, one of the biggest and deepest debt markets in the world, have major liquidity issues. It’s driving widespread panic across the market. It has been very difficult to source trades in relative safe haven assets. The liquidity issues aren’t as extreme as they were during the 2008 financial crisis, but they’re getting there. The US Federal Reserve is watching and responded today with additional repo operations. There are a few other levers it could pull. The market is pricing in a 75 basis point cut next week, so hopefully the Fed will deliver. The Fed could also step in with yield curve controls, FX swap lines, or larger lending facilities.

In addition to the liquidity issues, we’re worried about the deflationary impact from the fall in oil prices. The Treasury inflation-protected securities market is signaling 10-year inflation expectations below 1%, reflecting shock, fear and falling inflation expectations. As we approach the zero-bound in nominal rates, traditional Treasury hedges and duration may not add value like they have in previous years. We’ve begun unwinding some of our long-duration positions and are watching these changing correlations very closely.”